The first known written mention of Valtice comes from January 10, 1193. Even before this date, there was a fortified structure in Valtice, probably with clay and wooden ramparts and possibly a stone-built residential core. The fiefholder Kodold of Seefeld gave Valtice Castle a late Romanesque form, equipped with a polygonal tower, and the castle became a venue for knightly tournaments and games.

After the turbulent 15th century – Hussite pillaging and the Czech-Hungarian wars under George of Poděbrady and Matthias Corvinus – Valtice experienced renewal and prosperity under Hartman I of Liechtenstein (1506–1540). The loss of family property in nearby Mikulov (1560) was a powerful impulse for developing the castle. The castle was extended by a four-winged Renaissance building accompanied by an arcaded loggia, the approximate form of which is known only from a few drawings. Part of this structure is preserved in the foundations of the southwest wing of the castle. 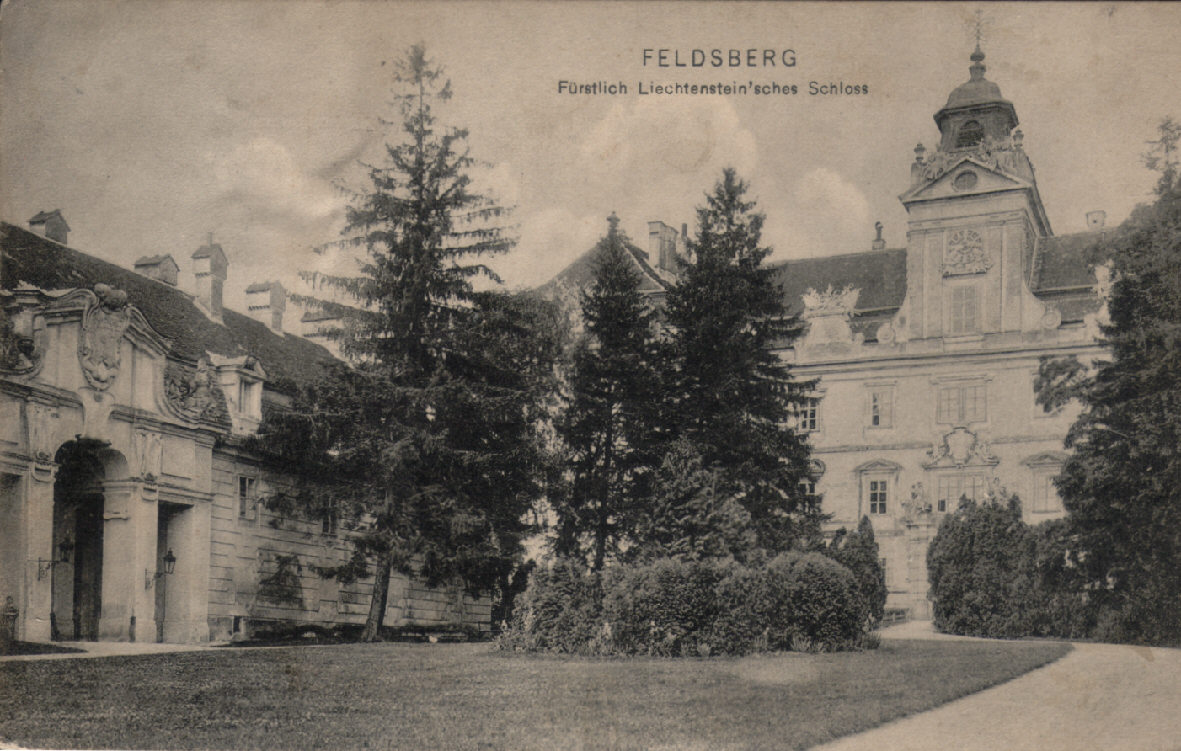 During the reign of Charles I of Liechtenstein (born 1569, reigned 1595–1627), the extended residence was further fortified, probably in connection with the impending Turkish threat. Valtice Castle continued to undergo a series of extensive reconstructions until his death. Works in the 1620s were linked with the main imperial architect in Vienna, the Venetian Mannerist Giovanni Battista Carlone and also Giovanni Mario Fillippi, whose name is associated with some buildings in Prague during the reign of Rudolph II.

In 1712 the property passed into the hands of our hotel’s namesake, Prince Anton Florian (1656–1721), a self-confident Spanish Grandee, the highest Hofmeister and equerry of Emperor Charles VI. He began the next phase of the reconstruction of the Valtice residence, led by architect Anton Johann Ospel (1677–1756). Initially, as befitting the emperor’s highest equerry, buildings related to horse-breeding and rearing underwent reconstruction: first, the Winter Riding Hall (1713–1715), followed by the Spanish Stables and carriage stables. In 1716, in the symmetrically opposite wing, construction began of economically productive and administrative premises, cellars too for the processing and storage of wine. One of the most famous historical depictions by Johann Adam Delsenbach, produced in 1721, dates from this period. The sculptor Franz Biener (1682–1742) participated in the final form of Ospel’s designs.

The Lednice-Valtice Cultural Landscape, as preserved to this day, was built during the reign of Prince Johann I Joseph (1760–1836). The whole castle grounds, including the landscape and other buildings in the area beyond, is such an important monument that it was included on the UNESCO World Heritage List in 1996.

At the end of World War II, the castle was devastated by Russian prisoners, who were kept here awaiting repatriation. They were shot as traitors after the arrival of the Red Army. After the war, part of the furniture was stolen and destroyed, and in mid-1947 a women’s forced labour camp was established in the eastern wing of the castle. The imprisoned women worked mainly on farms and in wine cellars. Within sight of the ‘Iron Curtain’, the entire castle was permanently devastated during the communist totalitarian reign and inappropriately used as a site for manufacturing, workshops, and transport: a number of warehouses and production operations were located in the main building, a tobacco dryer was set up in the riding hall, and in 1964 the theatre was demolished to make room for a tractor shed. Following the communist coup, today’s hotel premises first served as a prison, and after 1970, as a restaurant and hotel.

Over the centuries, the residential functions and ambitions of the owners created an imposing country seat that provided enough space for the princely court and, at the same time, expressed the prestige of the princes of Liechtenstein – one of the most powerful families in the Danube area. The castle’s gradual restoration began during the 1970s, and the last major renovation of the outer envelope took place in 2019–2021. 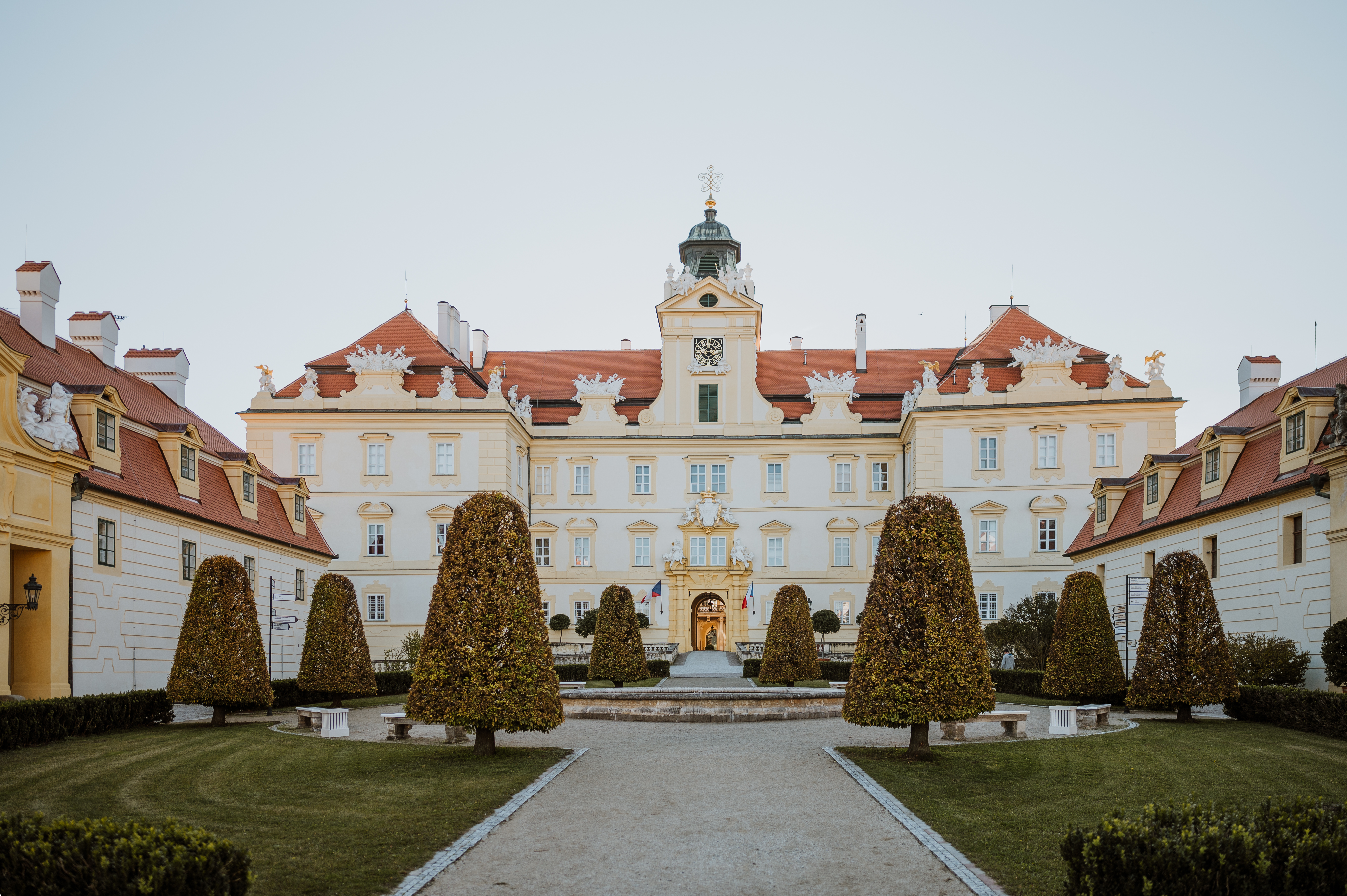